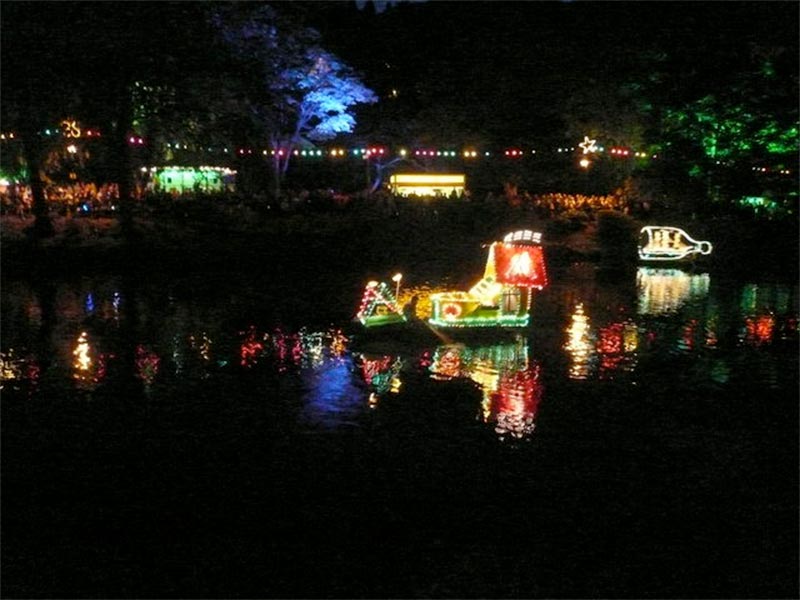 When the summer comes to an end in the Derbyshire Dales, there’s always still plenty to do, and one of the most popular attractions during the Autumn months is Matlock Bath Illuminations.

This immensely popular family event is visited by approximately 100,000 visitors each year to watch the unique display of illuminated boats traversing up and down the Derwent River at Derwent Gardens in Matlock Bath.

During the nine week season fireworks are set off each Saturday night, with a further display on Sunday the 27th September.

It is said that the annual ritual was inspired by a visit by Queen Victoria to Matlock Bath when she was still a princess. The first event took place in 1897 to celebrate the Queen’s Diamond Jubilee.

Although many of the boats now use electric lights, a candle-lit boat using over 90 tea lights still leads the parade.

Proceedings for the event begin at at 7:45pm and 9:15pm in September and at the slightly earlier time of 7pm in October.

Tickets for the event can be bought onine in advance at £6.50 (£5.50 for concessions), and they are a pound cheaper on Sundays.

Tickets can be bought on the night but, can’t be guaranteed and will be more expensive at £8.00 (£7.00 for concessions).

During the Illuminations, the rest of Matlock Bath is always lit up, and there’s plenty of other things to do in Matlock Bath, including Gulliver’s Kingdom and the Heights of Abraham, where you can take a cable car ride up the cliff to visit the cafe, playground and caves that await you at the top.  If you don’t like heights and don’t fancy the cable car there is a footpath that will take you up the hill.

Matlock Bath has plenty of pubs, bars, arcades, ice cream outlets, an aquarium, fish and chip shops, and you’ll even find a chinese restaurant and an indian restaurant.

Expecting to park in Matlock Bath when Maltock Bath Illuminations are on, is hopeful.  The Town is very popular even when the Illuminations are not on, and although there are two large public car parks and some on street parking, the best way to travel to the Illuminations is on the Park and Ride, which travels from Derbyshire County Council Offices on Bank Road in Matlock or from Cromford Meadows opposite Arkwright’s Mill.

Another way to get to the town is on the train, with Matlock Bath train station being close to the centre of Matlock Bath Town.  The line comes up from Derby, and finishes in Matlock Town, where if you were staying in one of our cottages in Derbyshire you would be just a couple of miles from Matlock Station.

If you are looking to make a weekend of it and need somewhere to stay we have four luxury peak district cottages to choose from, all our self catering holiday homes sleeping from 2 up to 10+.  Here’s a list of our the accommodation we have available:

Brookside Retreat – a holiday cottage in the Peak District, sleeps 2

If you’re bringing a large party, or even if you have something to celebrate then why not try take a look The Escape, a larger fantastic 5 bedroom luxury Peak District cottage, sleeping 10+ and hot tub. 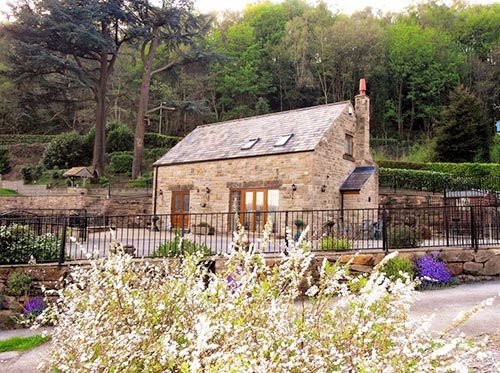